Do LEGO Boats float? (and why!) 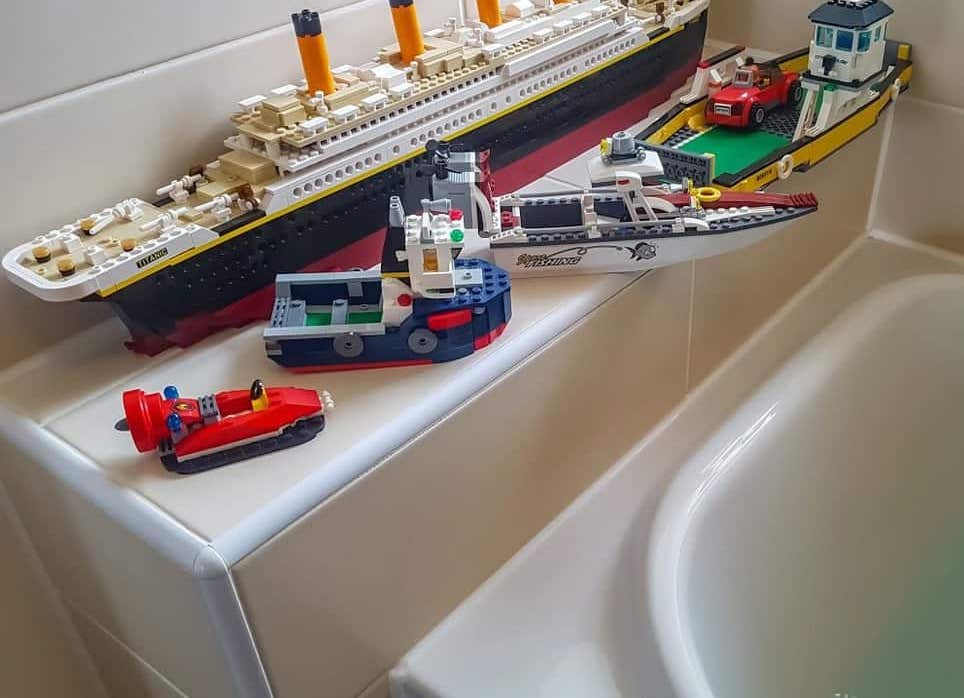 If you're a LEGO fan, you've probably looked at these LEGO boats at the store and wondered: Do they really float? Spending a couple of hours at the pool with your favorite LEGO boat sounds hard to pass on.

Do LEGO bricks float or sink?

Unfortunately, there is no simple answer to this question. While some LEGO boats have enough buoyant force to float, others don't. So, it really depends on the model.

This might sound surprising, considering the fact that the plastic material of LEGO bricks does float. So, if LEGO bricks float, why don't ships that are made from them float too? The answer to this question is simple. It is the design of the boat that matters most.

It's all about the design!

Have you ever wondered how a huge boat that's made of steel and weighs thousands of tons float? It's physics folks!

If a ship weighs less than the amount of water it can displace, it'll float. It's that simple! While LEGO boats don't weigh thousands of tons (they haven't made this one yet!), they too abide by the laws of physics.

Asides from the boat weight versus displaced water weight issue, a LEGO ship will sink if the design allows in water. If one side starts filling with water, it'll tilt the entire ship, fill it with water, and sink it.

Imagine the titanic sinking scene on a smaller scale, without that band playing music!

So, how can I know if a specific LEGO boat will float or sink?

Since there is general rule here, you have to search for every model separately. You'll find a ton of YouTube videos like the one below, testing all kinds of LEGO boats.

After all, it's better to see for yourself than make assumptions. You don't want to ruin your LEGO pool fun plans!

Editorial Staff
We're a team of nerds passionate about technology and all things geeky.